It’s been quite an embarrassingly long time since we’ve done a news update, so here we go:

Rosebrook Classical welcomes Out To Lunch to the family! 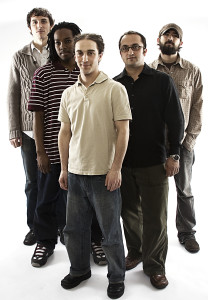 Pushing the depths of the underground jazz scene, cutting edge New York City-based Out to Lunch will be releasing its third album, No One Left Behind, on one of the finest indie record labels, Mesa Recordings. Tracks such as “In Da House” and “It’s a Jungle Out There” move effortlessly from the world of funk to breakbeat, from dub to house, creating a sound that hits both the mind and feet. Out to Lunch has not only established itself as a mainstay on the New York scene, but has toured extensively through North America and Europe. Billboard magazine has called Out to Lunch, “a distinctive brand of funk…expanding the range of the listener’s experience,” while the Village Voice has hailed Out to Lunch as an, “ambitious and funky groove-prov octet.”

Rosebrook Classical will be helping to guide and structure the OTL social strategy for their new release No One Left Behind. Make sure to check out their Facebook page and give ’em a “Like” — http://facebook.com/outtolunchmusic — and visit their website — www.outtolunchmusic.com — for more information! 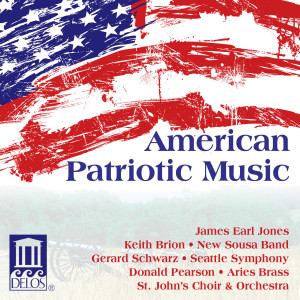 Delos releases American Patriotic Music, a compilation of an array of their American music recordings. But that’s not all:

Given Delos’ long-standing reputation for audiophile-quality sound, we want you to have a choice in the sound quality of your downloads. As always, MP3s are available from iTunes, Amazon, ClassicsOnline, etc — and now, on our own site, we are also offering these wonderful recordings in all of their original, CD-quality sonic glory. Trust us, you’ll notice the difference! 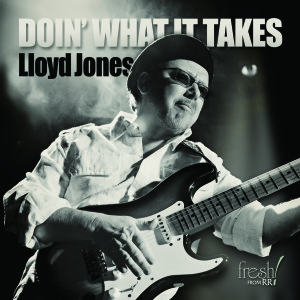 A gifted singer, songwriter, guitarist and respected band leader, Lloyd Jones writes timeless music, steeped in a rich musical history learned, lived and loved over four decades. “This is not a work of science. It’s about attitude and joy that applies to all age groups. I’m addicted to this music,” declares Jones.Jones’ new CD, “Doin’ What It Takes” showcases 7 originals plus rare gems from Leiber and Stoller, Maceo Merriweather and Gerald ‘Lonnie’ Russ. 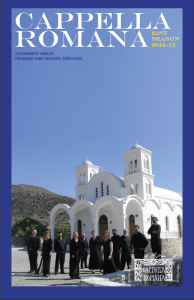 Follow along as they preview their new series on the Cappella Romana blog!

The Alexander String Quartet in the Studio

The ASQ will be recording from June 24th through July 6th at St. Stephen’s Episcopal Church in Belvedere, CA with Grammy-Winnning Producer Judith Sherman. They’re recording six Bartok quartets and the quartets of Zoltan Kodaly!

We hope to have some pictures and videos when their done!