Another new Rosebrook Media creation is live, and this one features a reboot for the NYC-based band Out To Lunch.

Pushing the depths of the underground jazz scene, cutting edge New York City-based Out to Lunch will be releasing its third album, No One Left Behind, on one of the finest indie record labels, Mesa Recordings. Tracks such as “In Da House” and “It’s a Jungle Out There” move effortlessly from the world of funk to breakbeat, from dub to house, creating a sound that hits both the mind and feet.

This site was based on the Builder Child theme “Noise” in order to take advantage of the new Builder “blocks” for audio and events. LoopBuddy was also used to create some dynamic layouts for the needs and wants of the band. Check it out! 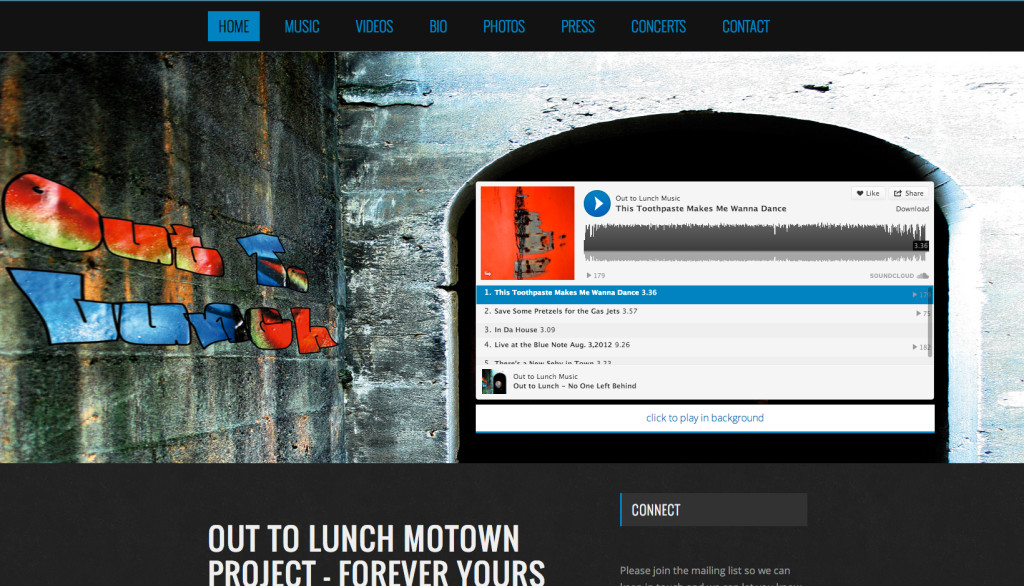